It’s New Years Eve, 2013 is but a single sleep away. I have no idea how, as it clearly still the mid-nineties in my mind. But nonetheless I am of a scientific bent and must believe the evidence I see before me and accept that it is indeed a few years into the second decade of the twenty-first century. (When does Buck Rogers arrive??) In the traditional fashion, I resolve to…

Get Syd to sleep better. Any tips on gentle sleep training gratefully received. He sleeps reasonably well once asleep, but his natural cycle is to sleep late in the evening, and not wake until late in the morning. This would be lovely if he was an only child, but he isn’t so I end up going to bed at the same time as him to get my 8 hours before the other two need to be up for school. I tend towards attachment parenting, although I abhor labelling myself as anything in particular, so am not keen on trying controlled crying etc, but I do long to gain a couple of hours of adult time back. No amount of limiting naps or times of naps has helped so far. Any ideas?

Use the then reclaimed evenings for sex and drugs and Rock’n’Roll rather than falling into watching bad TV. Oh and no drugs. Except maybe the occasional lemsip. Replace drugs with reading. Sex and Books and Rock’n’Roll. Pre Syd I used to read a hundred books a year. Since Syd I have read about ten.
Write more and better. Perhaps try a bit of short fiction as well as the blog.
Lose last half a stone of baby weight. (Plus any additional pounds gained over the festive gorging season!)
Think of a plan. Bit vague that. But I am a vague person. Hence no plan. But will need to go back to work at some point. I loved my old job. But it pays less than the cost of childcare so was not worthwhile. I may return once the 15 hours of free childcare kicks in for Syd. If the government haven’t removed it by then. Or perhaps I could find a way to train for something a little more lucrative over the next 18 months. No idea. As I said, vague.
Grow some sociable balls and go to Britmums blogging event without fear of talking to strangers. And by balls I do not mean get pissed and shout at people sarcastically while thinking you are being funny.
Spend a day or two away alone with each of the big two. Good to have one to one time.
Spend a day or two away with the love of my life. Much needed and overdue.
Turn 40 without getting stressed about it. It is only a number. And I am much more than a number. I vow to laugh at the ridiculousness of my age rather than cry at the oldness!
That ‘ll do (resists urge to end sentence with the word pig, but mustn’t call myself names!)
Do you have resolutions? I don’t always, and mine this year aren’t strict, more general ideas for improvements I could make. Am looking forward to 2013, on with the adventure… 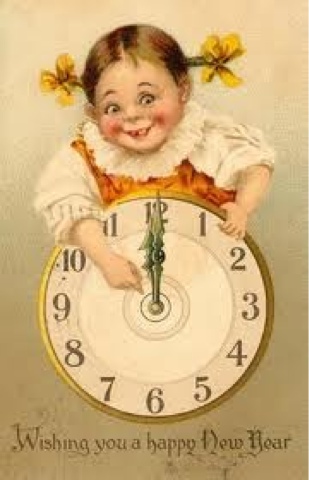