I read an awesome post on That Spencer Blokes blog. He is starting an A – Z of things he doesn’t like, and A is for Astronauts made me chuckle. Give him a visit and see what he has against Space bastards. I like complaining, and I like the alphabet, so I am following in his footsteps.

In my alphabet of the irritating A is for Algebra. 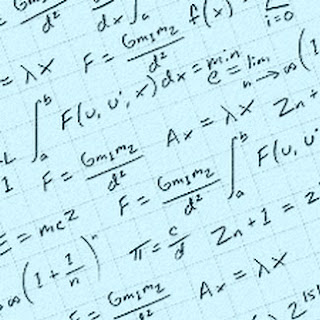 One of the things that annoys me about it is that it involves letters. X and Y predominantly, but others too. And why? Letters are for making lovely words with. Letters are my friends, I like them, I use them, I can sing songs about them. Maths should leave letters alone, Y is simply a number in a fancy dress costume in these algebraic scenarios. And we are supposed to figure our what number it is. Well I simply don’t want to, if it cares that much about being identified it should stop hiding behind a member of the alphabet.

What’s worse is that my dread of equations such as Y = -0.2x^2 + 12x + 11 is that as well as stealing letters and abusing them in a mathematical styley, it also turns up in another of my loves quite a lot.

I like a bit of science. Its enormous ideas of stuff and everything are fascinating, thrilling, wonderful and awe inspiring. I can be merrily reading away about black holes, dark matter, and the search for god particles, then without so much as a dastardly theme tune, an equation will turn up and send me running for the hills with a cry of ‘Witchcraft’. I am interested in how the Universe works. I can be admiring the beauty of creation, pondering the wonders of existence and musing on the very meaning of life, but then a hulking great ugly sum thing pops up to ruin all the fun. It may well be that Douglas Adams was spot on when he said in his books that the answer to Life, The Universe and Everything is 42, but I do not want to see the equation that sits before the equals sign.

It has been a long time since I gladly flicked the Vs at Maths and left it behind me at the school gates. I thought I had seen the last of it. But no. It re-appeared to mock me and humiliate me in front of my children. Bastard. You see there came a time where my daughter asked for help with her homework. Algebra had returned, and it was angry. I tried my best, I cried, I begged, I pleaded with the strange figures that danced on the page. And then I rang my Mum, who is fortunately a mathematics magician, and got her to help instead! I WIN algebra. I win…..

Other close calls for my champion of bothersome As were :-
Arachnids, Apples and Arseholes.

What A’s annoy you?