My eldest has just turned 17, just received her AS-level results, and theoretically is supposed to be writing personal statements, reading prospectus’s and generally making decisions. 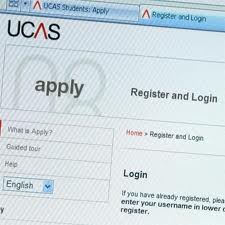 School have piled on the pressure about this. Telling them that these are decisions that effect and shape the rest of their lives. Cue the scary music – DUN-DUN-DAH!!! Not surprisingly she is feeling rather panicked by this.

I feel incredibly sorry for this generation of teenagers. I know some will have aspirations or vocations that make these choices easy, but for many it is not so straight forward. They are constantly being bombarded with figures about youth unemployment, how much in debt they will be in when they leave university, and constant threats of removal of any benefits support if they end up in a low paid job, or no job at all. Exams are too easy, teenagers are lazy or abusive or violent gang members. I don’t recognise the portayal in the press. The teens I know work hard and are lovely.  I have seen first hand how much effort is required to do well in an exam- so it is insulting to them to have these tests described as easy.

The generation before mine had free university education. Mine had loans, but to a much smaller extent- and also had the benefits of  lower youth unemployment. It is a daunting time to be a young person. My daughter is in the netherworld between child and adult. Embracing the freedom that being older brings, but not ready for the responsibility. It is a scary time for her.

I am really conscious of not pushing one way or another. I would love her to go to university. Partly because I didn’t- but it is so important not to relive your life through theirs. Partly because a degree hopefully opens doors to jobs that are more rewarding- both financially and on a personal level. And also because university allows some extra time to grow up and learn important life skills while still somewhat cushioned from the real world. I am aware however that the latter is a treat not a right, and that in many, many parts of the world the trials and tribulations of adulthood settle on heads way younger than my precious girl’s.

She is likely to be working until she is seventy years old now, and chances are will have a few career changes/shifts during this time. I have reassured her, that despite schools best attempts to terrify her, this decision is purely about what is best for her for the next few years, and does not set you in a rut from which their is no escape forever. Lifes path’s do not run straight, there are many crossroads, and twists and turns on which she can change her direction if she wants to.

My only recommendation to her is that if she does choose to go onto to higher education, that she chooses a course that trains you to actually do something, a degree that will end in better paid employment. When I worked at Waterstones, many of my fellow employees had degrees, but couldn’t find a job to use them in. How frustrating for them. Having said that though, I have also said that as it is her debt, she could opt to choose any degree she thinks she will enjoy, and just look at the debt as repaying the cost of three years of fun! Three years of student uni bars, and rag weeks, and throwing hats in the air. Oh and probably an essay or two. Perhaps worth getting in debt for….

I am pleased to say that she has come to a decision. And her decision is not to make a decision. She is really unsure as to what she wants to do, so she is going to take another year to think about it rather than make the wrong choice. She will do her second year of A-levels, and spend this year thinking further about her ideas and thoughts about university. She will apply next year knowing her results. She will then take a year out- half to be spent working, and half to be spent on a long dreamt of trip to visit her Auntie in Australia.

She is young in her year, and young in herself. She just isn’t ready to make the choice. But I am pleased that she has recognised that, and rather than being swayed by schools suggestions, or external pressure, has had the guts to say ‘I am not ready yet, I need more time.’ How very grown up!

I wish her so much success and joy in life, wherever it takes her,