My middle child turned ten at the weekend, and we decided this double figure milestone deserved some recognition of his new found grown up status. Max is a very good and tolerant big brother to two year Syd, but his little brothers attentions can become too much. For example, if Max is doing a project on the computer, Syd stands next to him hitting the delete key, if Max is drawing a picture, Syd wants to help by scribbling on it, and if Max is playing a video game, Syd wants the controller too.

It became clear that Max needed somewhere to escape to when his little brothers ‘helping’ got too annoying, so it was agreed that we would make his room a big boys den for him. We bought a desk, and a spinny office chair, and for the first time Max now has his own television in his room. He can’t watch TV tho, only DVDs, which allows me to know he can’t accidentally switch on something inappropriate. He can also use the telly to play Wii games as we have allowed him to move the console up to his room (on the proviso that the rest of us can play it in there when we need a gaming fix!).

He is delighted by this new arrangement. My main problem now will be persuading him to spend any time downstairs with us! We also managed to pick up a couple of cool items to top his desk:- 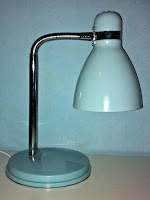 And a cool lego spinning desk tidy for his art equipment….

So he now has a funky looking room to hang out in when he needs to escape from his brother, and hopefully next weeks half term will be a little less stressful for me as he will have somewhere to go when he needs his own space!
Of course birthdays mean birthday cake, and I am no pro cake decorator, but I do like to make the kids birthday cakes myself. This year called for two different ones- one for his birthday party on the Saturday, and one for our family celebrations the following day. This years requests were Minions and Pikmin. For the uninitiated the former feature in the Despicable Me films, and the latter are video game characters. I was pretty pleased with how they turned out, especially the Minion! And Max and I had great fun on the morning of his birthday, modelling Pikmin out of fondant icing, and generally getting sticky and giggly when they went a bit wrong! 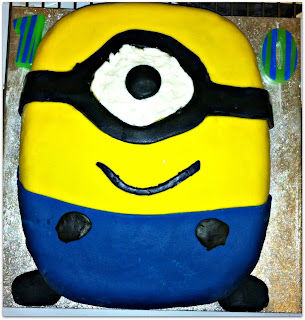 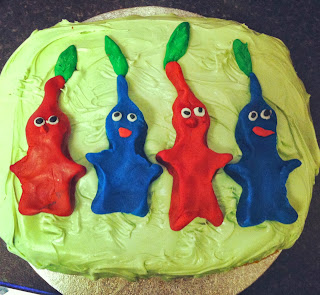 That is birthday season done in the house for this year, so now my thoughts turn to Christmas, no rest for the wicked credit card……